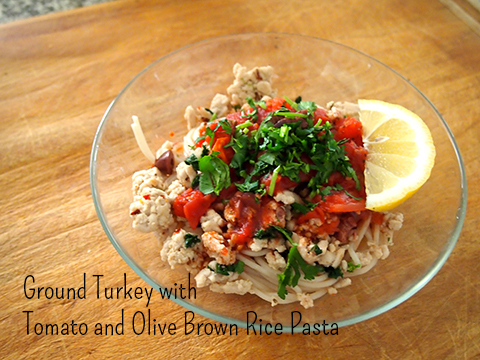 Its been awhile since I’ve been on a healthy grind. I have just been telling myself I’ll start eating healthy tomorrow.. this will be the last ice cream.. last burger .. last.. well guess what.. no more last! So the first meal I have is pasta! I love pasta but traditional pasta has so much carbs and refined sugar so an alternative would be brown rice pasta. According to google, heres how they compare 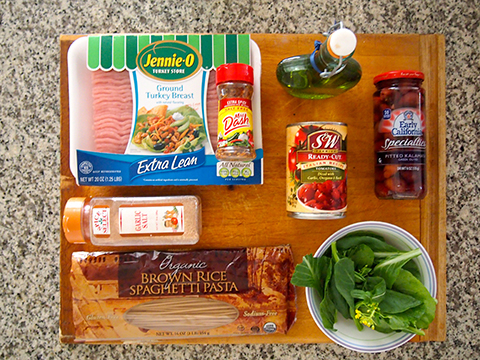 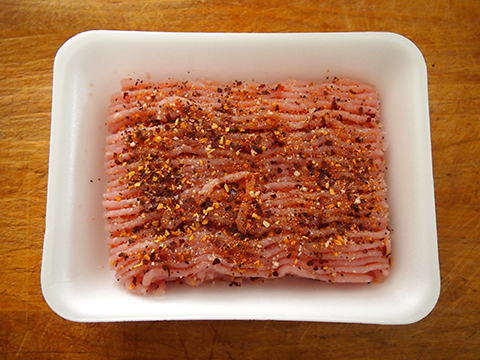 Step 1: Season your ground turkey. Just add enough seasoning to cover you turkey meat and mix. The garlic salt is optional because the Mrs.Dash is enough to season it but if you want a little bit more flavor then the garlic salt really adds that extra flavor.

Step 2: Chop up your vegetables. You can add as many or as little as you want. I would normally go with onions and celery but since I didn’t have any at home I just grabbed any greens I could find. You can even add a medley of vegetables if you want!

Step 3: Heat up your pan with some oil then throw in your Turkey Meat. Once you see that its about 2/3 cooked you can add your vegetables in as well. 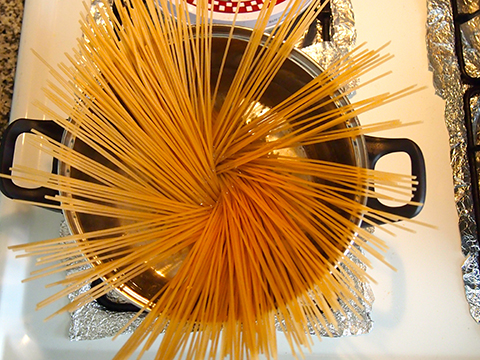 Step 4: While the Turkey is cooking, you can bring a pot of water to a boil and just cook the pasta like you normally would. Keep in mind though that the Brown Rice Pasta is not as sturdy to cook as regular pasta. So if you over cook it then it will be a lot softer than regular pasta. Keep an eye out for it and don’t let it over cook, if anything you can turn off your stove when its almost done but not quite and just let it sit for a little and eventually it will finish cooking itself in your pot while we whip up the sauce.

Step 5: Remove the Turkey from the stove once its done and now we can move on to the simplest sauce you will ever make. If you have fresh tomatoes at home then be my guest and chop up those tomatoes and use fresh ones but since I didn’t I opted for canned ones. Just look at the labels before you purchase and don’t get ones that has a ton of added sugars in it! Dump the tomatoes into the pan and let it heat up. I love olives so I add a lot more than needed but this just adds a really nice flavor to your sauce without adding any additional seasoning to it. Chop the olives up and plop them into your pan, stir it a little and Wa la! you’re done.